“Will there be air conditioning?” my friend Noor asked the travel agent in Rishikesh.

Noor knows her India and can’t be distracted by chai and biscuits.  “But will work?” she persisted.

The agent laughed.  “Yes of course it will work.  It’s a tourist bus.”

We handed over 500 rupees each.  In return he gave us a handwritten scrap of paper that told us we had seats 10 and 11 on the 2 o’clock bus to Delhi the next day.  And to while away the journey of 140 miles, he gave me a book on the physiology of consciousness. 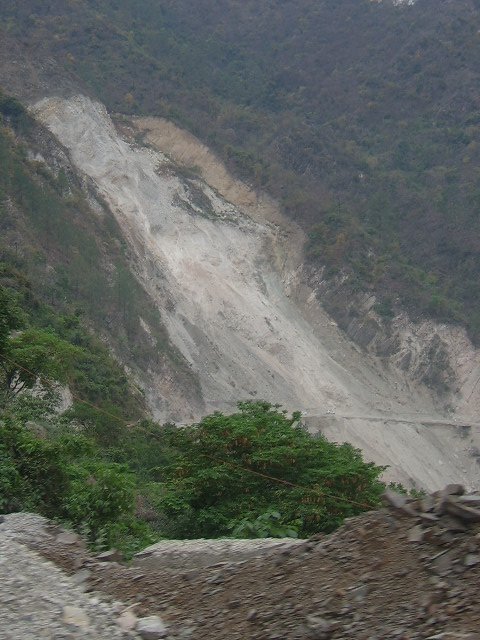 The “tourist bus”, a little worn and rickety, left Rishikesh at exactly 2 pm.  And the air conditioning did work.  After an hour of bouncing and swerving through the pot-holed streets of the city, we came to a toll road—two lanes on each side.  It speeded the journey considerably.  We might even reach Delhi before dark.

Just at the point when holding it in ceased to be an option, the driver stopped for a toilet break at a large restaurant.  He drove about half a mile past the restaurant which was on the opposite side of the road.  At the first break in the lane divider, he crossed over to the other side and drove back to the restaurant.  We poured out into the 90°F+ weather.

We ate, we toileted, we waited to get back into the air conditioning. The driver turned the key.  The ignition spluttered and died.  As seems to happen in India, men came together and talked.  Then a man appeared with a piece of wire and a screwdriver and went to work on the dashboard of the bus.  The engine spluttered to life but not the air conditioning.  More men argued with the driver, then returned to their seats in futility.  The coming hours would be sweaty.

At this point I pulled out a fan someone at the conference had given me and watched amused as the bus pulled onto the wrong side of the road and drove for at least half a mile into oncoming traffic.  Cars swerved around us as if it were the most normal thing in the world.  Finally our driver crossed the divider back onto the correct side and the next five hours could begin.

The part of my brain that races into the future had ground to a halt in Haidakhan.  I sat in the bus incapable of looking ahead.  I knew we would get to Delhi sometime but that seemed like another lifetime away.  Here and now, the bus resembled a sauna but not to worry, I had a paper fan.  Motion sickness prevented reading, but my fellow passengers and the village life unfolding outside the bus provided entertainment.  In Europe or the US, I would have passed the time mentally composing a letter of complaint to the bus company.  In India I sat back and let what lay ahead of us reveal itself.

Learn More
A Masterclass in Flow